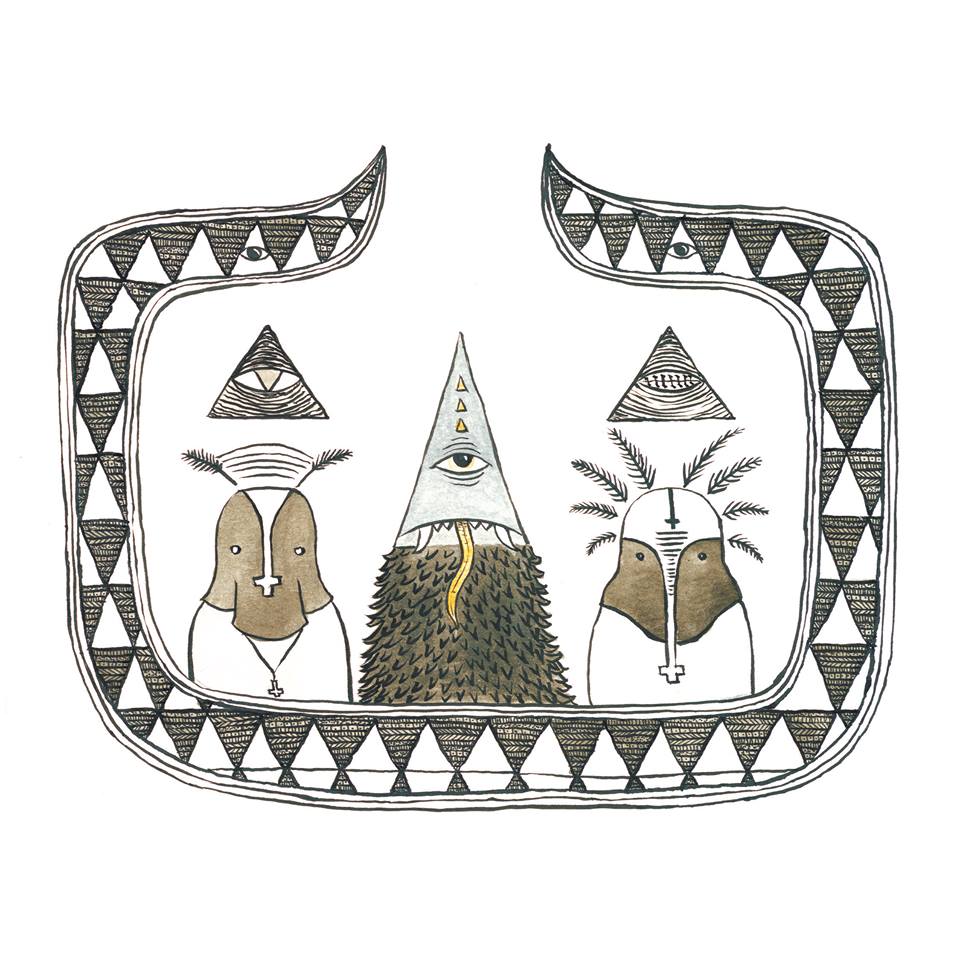 Woven Skull began playing together in 2008 in the empty sparse Irish countryside in a house owned by two of the members and located at the foot of Sheemore. These atmospheric surroundings helped to forge their music, which has been described as ‘minimal, repetitive, distorted, ugly and beautiful in one’. The trio spent several years experimenting with combinations of instrumentation, household objects, kitchen utensils, seashells, footsteps, chimes, recordings of cats purring and frogs mating while developing a sound that after a recent set was described as ‘a Turkish Velvet Underground.’

Within the group, song writing is split equally between Aonghus on densely propulsive guitar and Natalia on distorted mandola. These are glued together by the endless cyclical rhythms created by Willie and inspired by the sounds of the bogs and woods that surround his home: from syncopated cattle calls to the beating wings of bats in the night to the creaking of trees as they push against each other in the wind.

Woven Skull have recorded in dark haunted woods, beside bottomless lakes, and in the attics of abandoned houses. Lair of the Glowing Bantling, is their first studio album and captures a sound that’s more in line with their live performance than past releases, which have been a mix of lo-fi practice tapes, outdoor recordings and segments from collaborative sets.

“Cyclical rhythms, drone-based mantras the eerie creaks and haunted cries of the natural realm that surround them converge to form a dark and beguiling ritual magick.” – Supernormal Festival

“…the drones take over, a meditative quality descends and the creatures of the woodland join you…” – Terrascope 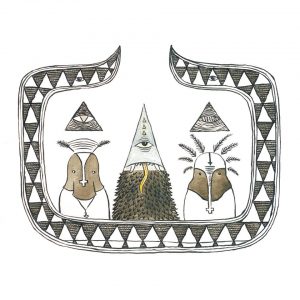 Lair Of The Glowing Bantling LP 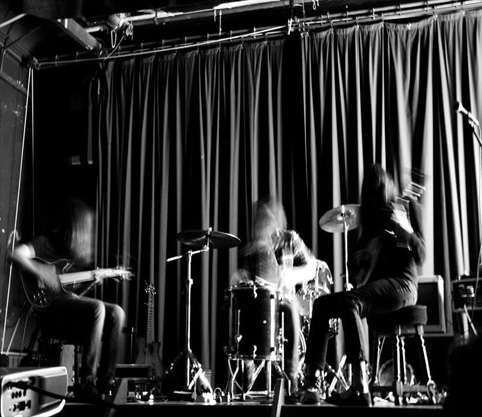 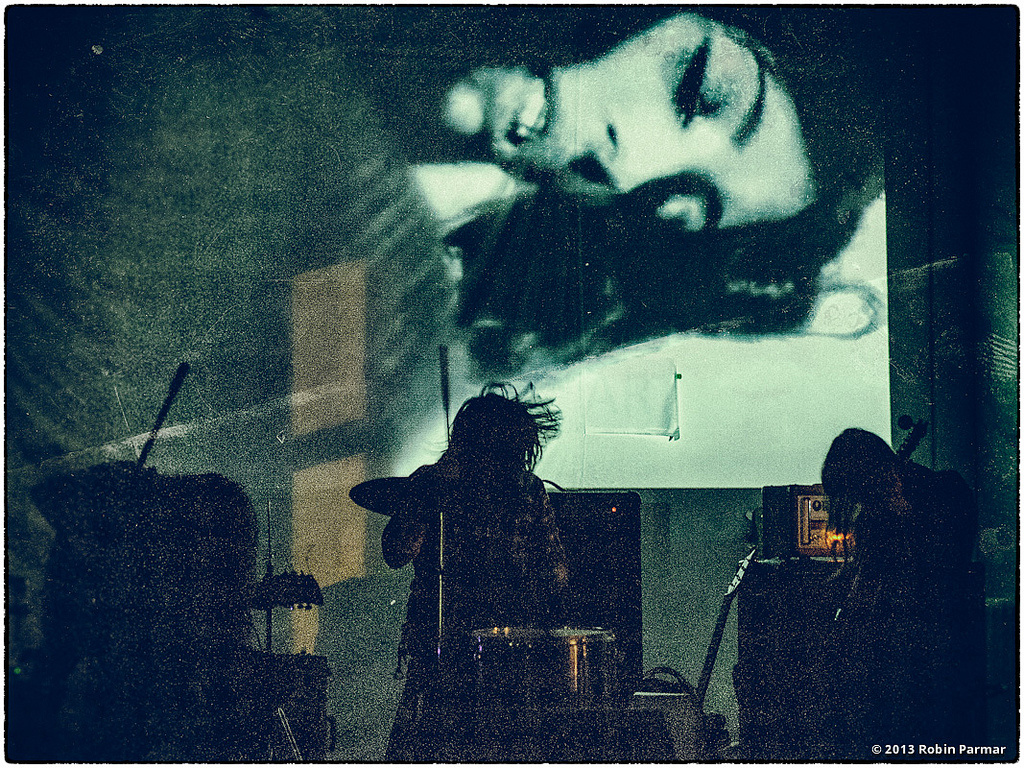